The proportion of opiate users that left drug treatment successfully (free of drug[s] dependence) who did not then re-present for treatment within 6 months was 6.3%, which is significantly better than the regional average of 4.9% and similar to the England average of 6.5% [Chart - Successful drug treatment - opiate users].[2]

There has been an increase in the use of legal highs across Gateshead.[3]

Nationally, drug use reported by 11-15 year olds has decreased since 2001.[3] When surveyed, 11% of school pupils 8-11 years of age in Gateshead responded that they are 'fairly sure' or 'certain' that they know someone who uses drugs (not as medicines).[4] 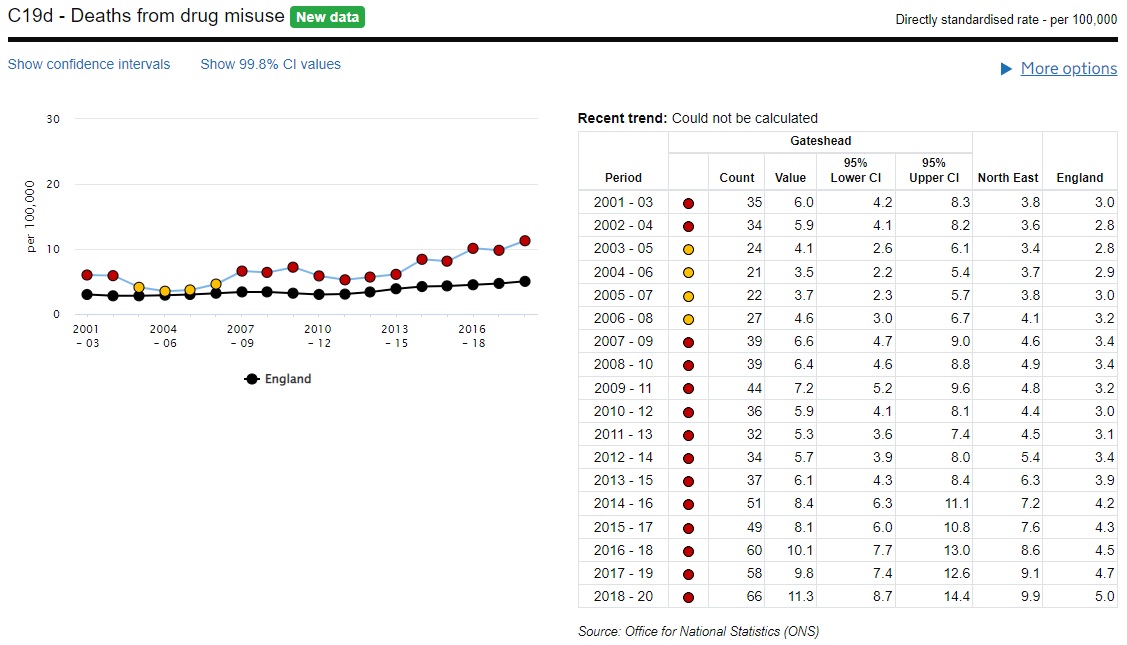