The Life Expectancy Gap Segment Tool shows that the biggest cause of deaths that helps to explains why Gateshead has a higher mortality rate than England is circulatory diseases (25%) for men and cancer (26%) for women.[4] 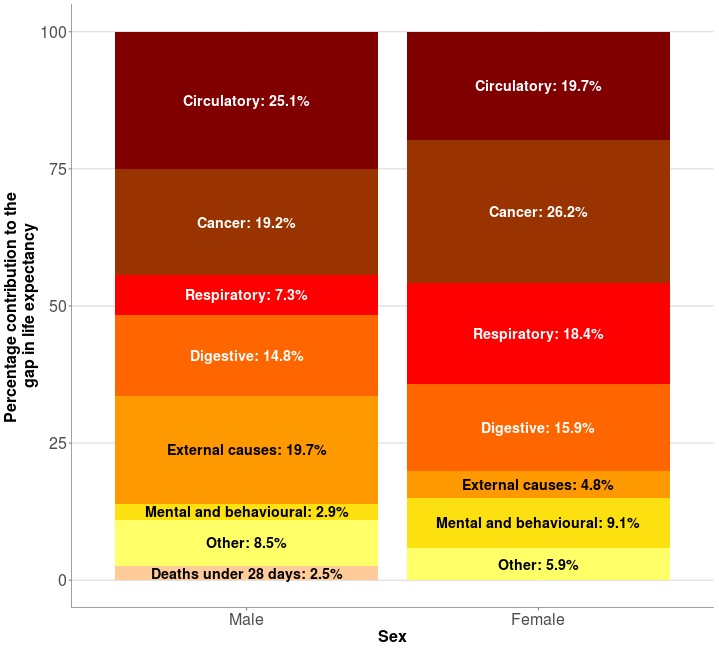 Between 2015 and 2017 there were 13 child deaths (aged 1 - 17) or 11.5 per 100,000 population (DSR or Directly Standardised Rate - this removes any difference due to age so that Gateshead is comparable with other areas) compared with the England average of 11.2 (this is not significantly different) [Chart - Child mortality rates].[9]