The Index of Multiple Deprivation (IMD) measures multiple deprivation for each local authority area as a whole and also for smaller Lower Layer Super Output Areas within each local authority.[1] The index is made up of seven themed Domains or groupings of deprivation indicators including income, employment, health and disability, education skills and training, barriers to housing and services, crime and the living environment [Interactive Map - IMD 2019]. The current index is IMD 2019. 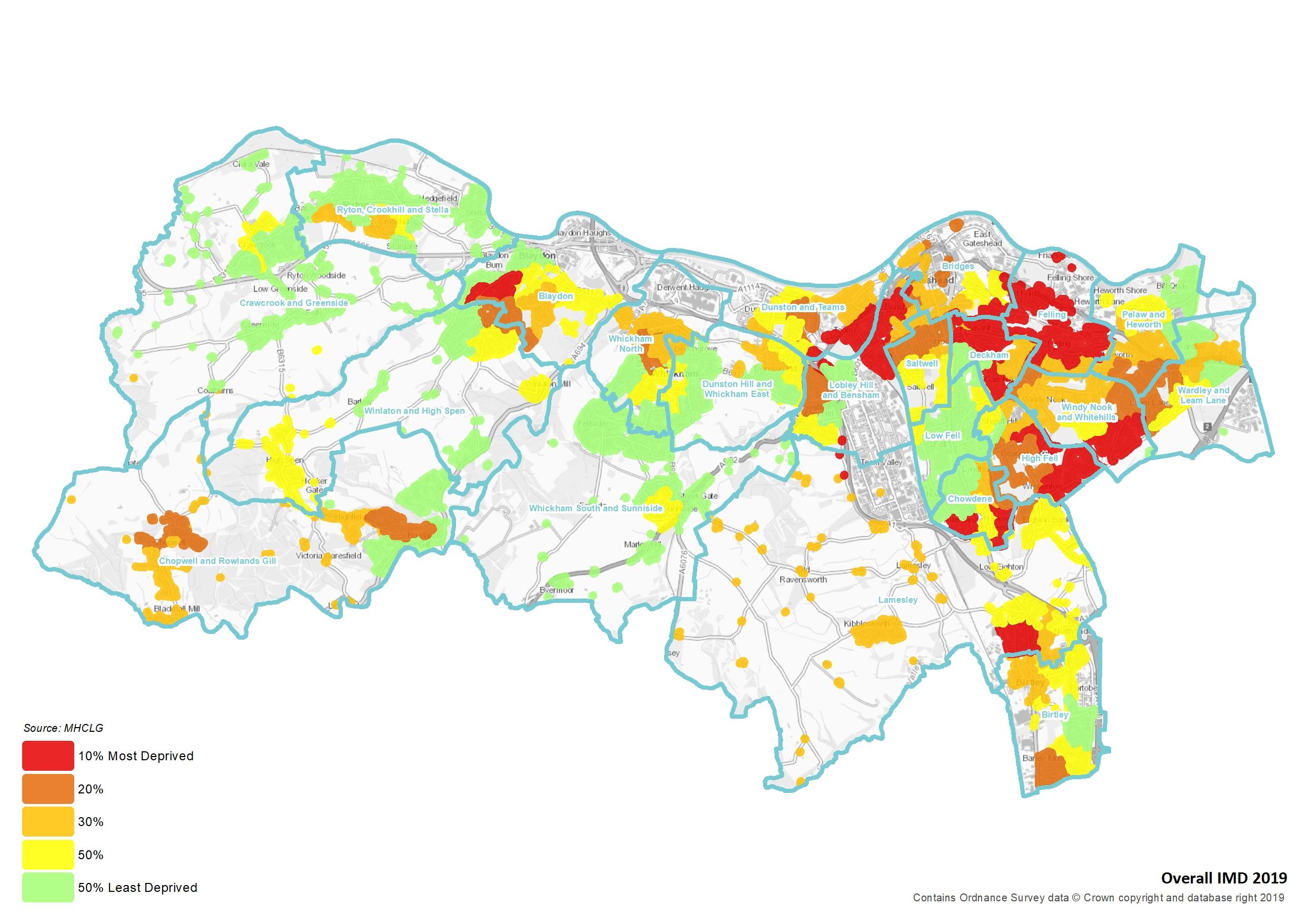