Skip to main content
Cancer
Cardiovascular disease
Diabetes mellitus
Immunisations and vaccinations
Injuries and falls
Life expectancy and mortality
Liver disease
Long term conditions
Why is it important?
Case studies
Headline data
What the data tells us
Groups most at risk
What are we doing and why?
What would success look like?
Challenges
Mental and behavioural disorders
Neurological conditions
Oral health
Respiratory disease
Self harm and suicide 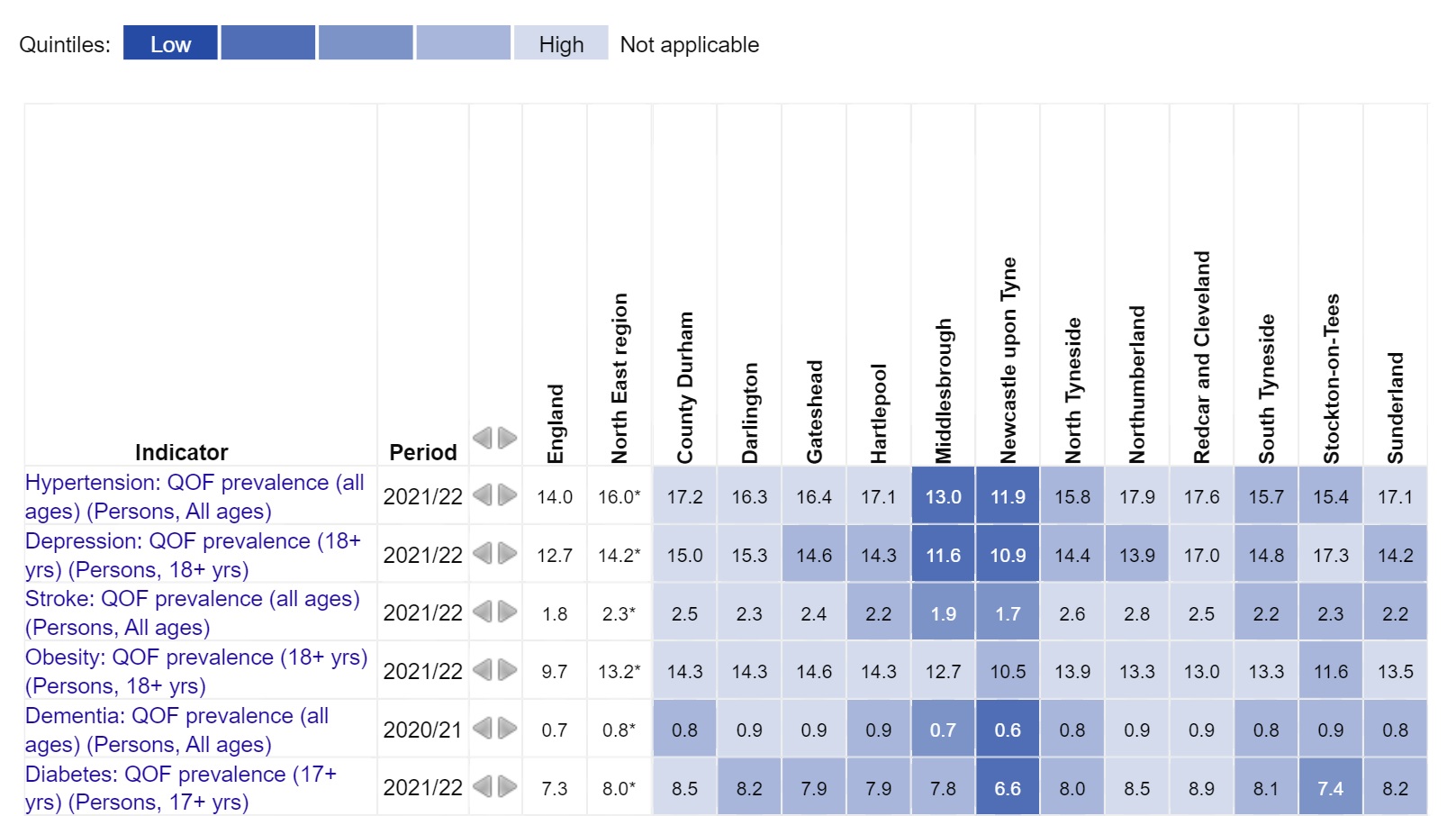 There are 52,679 people with one or more of the common long term conditions (LTCs) in Gateshead, of whom 8274 have three or more LTCs.[2] This excludes people who have less common LTCs. The risk of unplanned hospitalisation increases with increasing number of LTCs.

The proportion of people feeling supported to manage their condition in 2018/19 was 57.3% in Gateshead compared to an England average of 58.4%.[5]